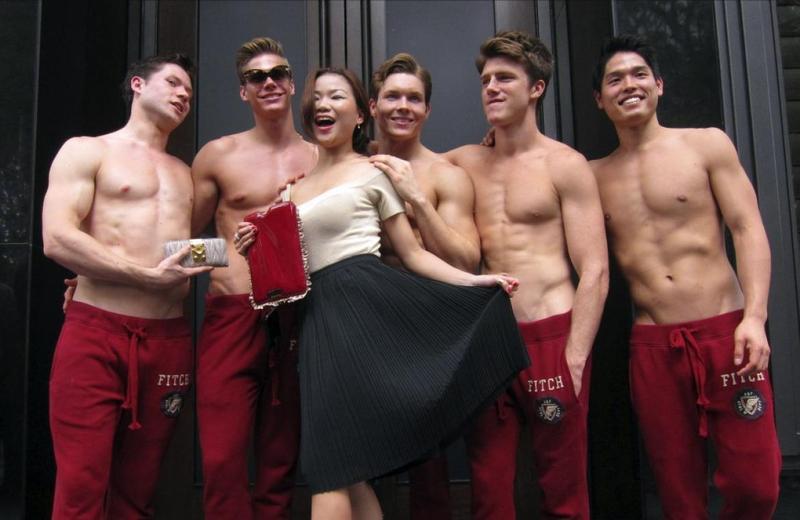 Sexism in Tech. That's today's sexy-topic. Coming in as a close second would be either transgender issues or the exclusion of America's disenfranchised Black community, in today's explosion of affluence.

Hot on the SCOTUS docket today is the case of a Muslim woman who in 2008 sought employment at Abercrombie & Fitch, and today claims discrimination because after not being hired, a friend tipped her off that senior management had cited her headscarf as conflicting with the establishment's Look Policy. Unfortunately this also isn't the first time Abercrombie's been hit with such a suit: in 2008 a woman working for a Milpitas, CA Hollister store filed suit, as did a San Francisco employee fired in 2010.

In retail, looks matter. At desk jobs, they don't—but religion can (and often does) play a significant role in "cultural fit" musings. In one group I worked with at Yahoo!, two colleagues were LDS. Why they were fav topics of conversation, is mostly because one was the most loathed tyrant in our group, and the other the quietest wallflower... and the irony that both claimed the same on-paper values, was funny (in a fashion that disfavored the tyrant fellow). My quieter colleague however, others felt uncomfortable with—which really bummed me out a lot. Jeff was different, but so what? I had purple hair in high school and throughout my 20s and that made me different, but why do we cheer some differences yet jeer others?

Reading the re/code articles this week about the Ellen Pao v Kleiner Perkins case, I'm reminded that often times the most dangerous harassment in workplaces is the indirect harassment; the whispers and inappropriate behavior that happens out of view, and subsequently stirs division when a team is all together. What mattered to me more in a prior job than our culture of heavy drinking, was knowing that some of our key executives told some extraordinarily off-color jokes in client meetings when no women were present. Men who'd look me straight in the eye and treat me with outward respect one minute, maintained a whole other persona when I and other women weren't in a room, the next minute. It creeped me out, and it made my skin crawl—that we'd later be in client meetings, knowing there was this other persona in the room hiding because of me. Wondering if as a woman, I qualified as a player in his sexualized generalizations of women. So: my colleague has this creepy bias towards me, too?

In San Francisco, atheism feels to be about as popular (and to be evangelized as much) as Baptist Christianity is in Oklahoma, and I often times wonder if in the hipster-dense startup community, bias presents itself in job interviews against cross-wearing conservative folks, Muslims, Sikhs... or, anyone of any God worshipping faith. Even once hired, how do work cultures in Tech foster or discourage folks of different faith values than the majority of their colleagues? How does our professional community as a whole, feel to folks across the faith spectrum?

Beyond what we hear in the media about Sikhs, Muslims, and Hassidic Jews, little is known about how folks are discriminated against for religious ideals. I'm excited to start conducting user research for EqualTogether in the near future, to learn about how job applicants might feel about being asked for their religious identity in an EqualTogether module on a job application. The devil will certainly be in the details, but in pipeline analysis I do want to know: is there a difference between how applicants perform whom are expressively (not evangelically) of a unique religious persuasion(s), and if so—why?

As with everything in EqualTogether, though: I just want to know. I want all of us to know. Today, with no reporting done, none of us conclusively know much.

I'm wishing Samantha Elauf luck as her case against Abercrombie & Fitch continues. Nobody deserves to be discriminated against for any reason, and somehow businesses need to all develop guidelines for themselves about what does and doesn't constitute "cultural fit," beyond the default 'are they like me?'