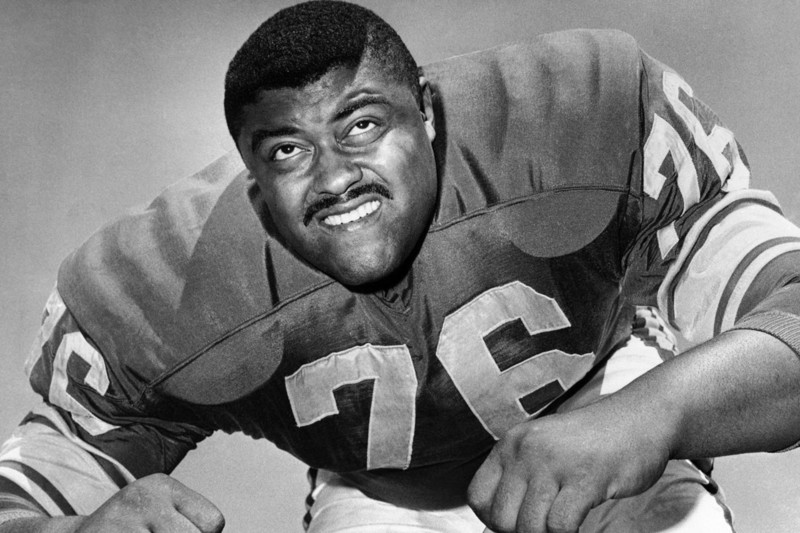 Firing a player on moral grounds, is what you do to punish bad people. Of course, teams also do it for PR—lest they appear to tolerate or endorse such a thing. Rid the team of the bad seed, and forget about him. Forget about his family. Ignore why he did what he did, or the possibility that your raison d'erte may have contributed to brain trauma that may trigger random outbursts of violent behavior in him.

My mom didn't run away from her problems: she faced them head-on. In doing so she took-on a challenge that was un-popular to even admit to, in the 1960s. Our culture has thankfully moved-on past that time, and we now embrace what it is to support women and men struggling with the burdens of cyclical abuse and brain injuries. The NFL however, appears to be holding-on to a decades-outdated ideal of manhood. An ideal that favors stoicism, denial, silence, and brushing problems off-from one's shoulder. Maybe it's football culture as a whole. Jerry Sandusky comes to mind. Maybe that's what happens when a major cultural institution is led almost entirely by well to do white men, many of whom are openly homophobic.

Regardless of the whats or the whys: it's time to shape up, NFL. It's time for you to undertake a radical about-face, and in an industry that pays its prized players multi-million dollar salaries, to systemize how you as a sanctioning organization can take greater responsibility for nurturing the well-being of your players. Players who often-times grew-up in abusive and/or poverty stricken homes.

Rookie NFL players are also very young men, often times receiving a salary for the first time in their lives... and, oh hey, it's for several million dollars per year. The pressure to deliver for the NFL, the team owners, and to any corporate sponsors, is huge. "That's what coaches are for!" or "That's what agents are for!" or "Players unions handle that!" I can predict as retorts. Coaches are fired too often these days to form meaningful relationships with all their players, and agents? No. The player's union? Maybe... but they were created to mitigate your bad behavior, so take a cue from that. Players hop from team to team throughout their careers, and the NFL as a sanctioning organization remains their constant. It's the same in pro hockey and baseball.

Seize that opportunity for corporate stewardship, NFL. All employers carry a certain responsibility for their employees. Especially when those employees have the emotional and lifestyle commitment to their work, that NFL players do. They're not just cocks in your basement fighting ring, but the NFL's discipline governance in all matters from personal grooming for media appearances, to handling DUI and drug offenses, to (not) offering wealth-management coaching to the scores of rookie millionaires, and the NFL's dismissive attitude towards acknowledging the lifelong impact of head injuries, suggests otherwise. Yes, I know how much of a litigation black-hole the latter is. Yes, I also see that as the most cowardly way for an enterprise to exploit its cash-cow players. Pure cowardice.

It's a fact: domestic abuse claims against players, is bad PR for the league and for each individual team affected. Soooo... instead of repeating the bad behavior in handling the situation(s), let's perhaps step-back and realize: this is a common problem in all humans, but that the NFL is uniquely poised to take an admirable stewardship role in stepping-up to the plate of corporate responsibility. For no reason beyond it's just the right thing to do.

Firing players—stripping a family's sole breadwinner his only opportunity to earn a living on that one thing he's dedicated his entire life to being good at—does nothing. It's a preposterous perspective of privilege, to propose that firing a player "gives him the opportunity to focus on personal growth and rebuilding his family". Especially rookies or young players, with little to no savings. I learned that one first-hand, working with pro-motocross racers many years ago. It's devastating to have that income and career yanked-out from beneath you, when you're young and have no other skills.

Be the bigger guy in the room NFL, and demonstrate true responsibility. Build into the NFL's corporate governance, methods to nurture and tend to the emotional health of players and of their families. Plan for fluid support through multiple team transfers, through free-agency, and through all the other business particulars that produce stresses of their own. Really, NFL: you are America's #1 source of family entertainment. Lead the way in true family values, by stepping-up to look after the families of the young men who make your organization possible.

1. Don't fire the guy. Suspend him. Suspend him with practice and training-privileges. Appreciate and heed the mental-health reality, that exercise and maintained routine benefit a person's state of mind and demeanor, when facing monumental personal challenges. Is your sincere interest rehabilitation, or punishment—results be damned?

2. Suspend the guy with modestly reduced pay, and from his pay-dock, invest in him. Develop an intense therapy program that allows players to maintain their training regimen and team interactions, but also places them in programs that rival in-patient treatment.

3. Support the family with therapy and monitoring. Show-up the Department of Social Services to be the legally-handicapped and inept arm of government, that it is. Create new models and paradigms for ending cyclical abuse. Have that be a major philanthropic endeavor, of the NFL as a sanctioning organization.

4. Make players aware of and agree to this program, when they sign with the NFL as young rookies. Undertake a role of stewardship in the family-life of players. Seriously: if a player earns a million dollars a year, deduct from that pay the salary of one therapist and one clerical worker per family. This would financially cripple the NFL, how?

Create the NFL Department of Family Services, and give each player or family a counselor. That counselor will have confidential access to all player spouses, will visit families on a frequent but reasonable, interval'd basis. Counselors will also be able to provide family-therapy services, if and when sought by either a player or his spouse. Should a player be revealed to come from an abusive home, make 1:1 therapy immediately available to that player from a pool of NFL approved therapists. No media leaks, and as NFL approved therapists, they'll be accomplished and specialize in family/abuse-recovery concerns—as well as TBI symptoms and recovery. Finally, upend the NFL's rabid homophobia, and somehow fold that into all of this. Gay players exist, and need support, too.

The opportunities overfloweth. Please do man-up as a business, NFL. As an organization that has the wealth resources to do this NFL, and in so many ways is a flagship of how masculinity is defined within American culture—please re-steer that ship, and forge some badass new waters in doing so. Rosy Grier made it his legacy to let boychildren of the 1970s know that it was alright to cry. And of course, to get adult men into needlepoint. So how in the hell have we ended-up, here?

Corporate responsibility can create the best PR on the planet. It's also (always) just the right thing to do. Standing up to right the wrong of cyclical abuse and the known side affects of brain injuries, would be such a huge PR win and legacy to blaze for a private business that sanctions America's #1 sport. Legacies matter, and of all businesses: sports teams know that better than anybody else. Your players are men. Really, stand-up and treat them like real, human men.